Patagonia's Path to Carbon Neutrality by 2025 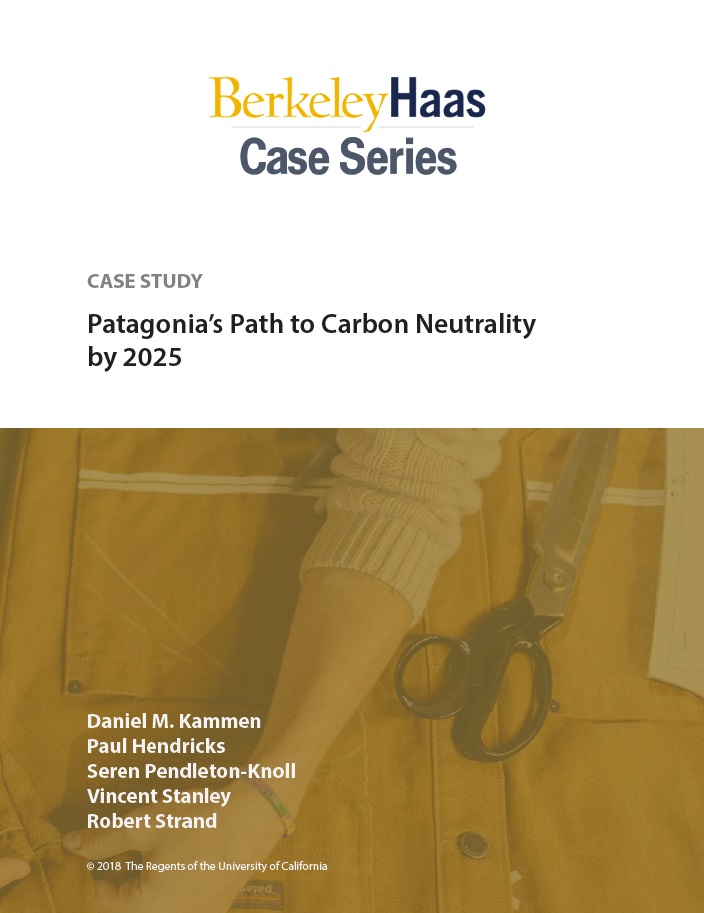 We are pleased to announce that "Patagonia's Path to Carbon Neutrality by 2025" by Daniel M. Kammen, Paul Hendricks, Seren Pendleton-Knoll, Vincent Stanley, and Robert Strand is the winner of the 2019 Best Case Award.

Now in its seventh year, the Berkeley Haas Best Case Award recognizes the case study published during the preceding year (2018) that has made the most important contribution to management education. The case was selected as a finalist based on its overall popularity and performance, and the final selection was made by the faculty and students of the Haas School of Business in April 2019. The winners will receive a cash prize of $2500.

This case describes the strides that the outdoor retail company Patagonia has made to meet its ambitious goal of achieving complete carbon neutrality by 2025. Patagonia defines carbon neutrality in an absolute sense -- meaning that it intends to reduce emissions to zero across its production, distribution, and administrative operations while still growing the company. Carbon pollution is a complex global problem, and by making a public commitment, Patagonia has led the way in defining a new era of corporate leadership in environmental initiatives.

Founded by Yvon Chouinard in 1973, Patagonia has been a champion of environmental causes since its early advocacy for the preservation of the Ventura River, which runs into the ocean near the company's headquarters on the California coast. In its efforts to achieve carbon neutrality, Patagonia has considered a range of options -- moving to renewable energy sources at all retail locations, shifting to recycled materials and dyes for its products, and optimizing delivery networks for fuel efficiency among them. The company is also a pioneer in the use of regenerative organic agriculture, which is the subject of another Berkeley Haas case study. To find out more about Patagonia's efforts to achieve carbon neutrality, please read the full case. A preview is available below.